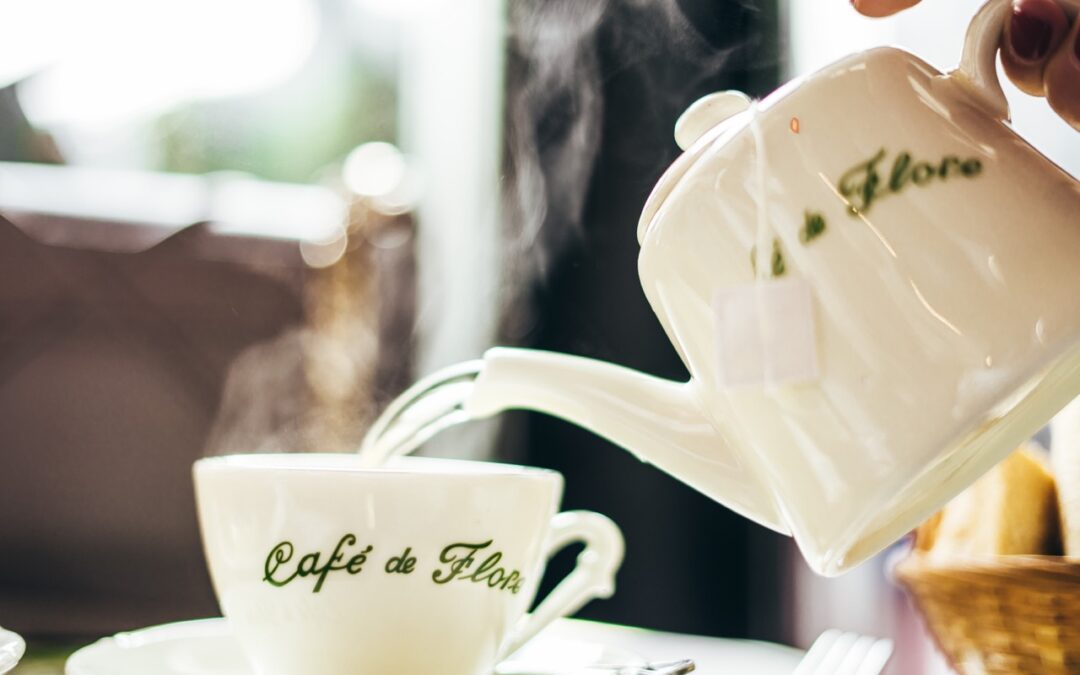 It can just happen: want to go to Paris. Instead of hopping into the Thalys, you can simply go home to the French capital. What a day in Paris à la maison looks like? You can read that here.

Bonjour! You slept in, of course; it is a holiday after all. Put on French music (immerse yourself in the cliché) and get ready for a breakfast of course, croissants, good coffee and orange juice frais.

Time for a walk. Take your phone and earphones with you and while you listen to one of the (English) podcast episodes of Hidden Paris in plain sight you walk through the streets of Paris in your mind. Prefer something in Dutch? Then try the Classical Mysteries about Chopin podcast, which was mostly shot in Paris.

Have you already des grenouilles dans le ventre (a rumbling stomach)? You can make this potato salad with herring in just over half an hour. By the way, you can make this dish vegetarian by replacing the herring with fried eggplant with lime juice and salt.

After lunch you will go to a museum. For example, check out the collection of Musée d’Orsay , or one of the other places in Paris. Tip: the virtual walks of the Musée d’Orsay in simple French (because actually intended for children).

Is it time for afternoon snack yet, goûter à quatre heures ? Many French only eat some fruit, but after all, it’s vacation and so you can eat something tasty. Here you will find some recipes for the quatre-heures.

Take a break and do some reading. Choose one of the petites histoires about Paris. For example, over the bridges in the city (there are no fewer than 37) or over the covered passages . Don’t sit still for too long, you are in Paris after all. Go, put on Django Reinhardt and swing through the living room.

That much exercise makes you hungry. French can be ordered, but those who want to cook themselves can indulge themselves on this website with regional recipes from Ile de France or from Paris .

Your day in Paris ends with a night out. Settle in for the Concert de Paris 14 juillet 2019 at the foot of the Eiffel Tower. Or watch one of the French films on online channels such as Picl , Cinetree or Cinemember .

And of course you speak French all day long. Or Dutch with a French accent, come on.